'Not So Anonymous' 17 uploaded to Mixcloud. 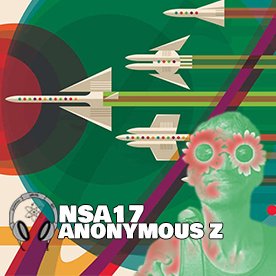 'Not So Anonymous' 17 was originally aired on Sunday the 30th of August 2020, listen on the Mixcloud player below.  Scientific Sound Asia Radio is the local and expatriate online radio station for the Asian region, and internationally.

This edition of Not So Anonymous which is not the 16th but the 17th. Anonymous Z puts together some high voltage octave synth bass in a pure disco tradition. You will just want the groove to end, but it won't... sorry..., enjoy the show!

Not So Anonymous episode 17.

The Magic Ray - The Enjoyment of Fear (Damon Jee Remix)