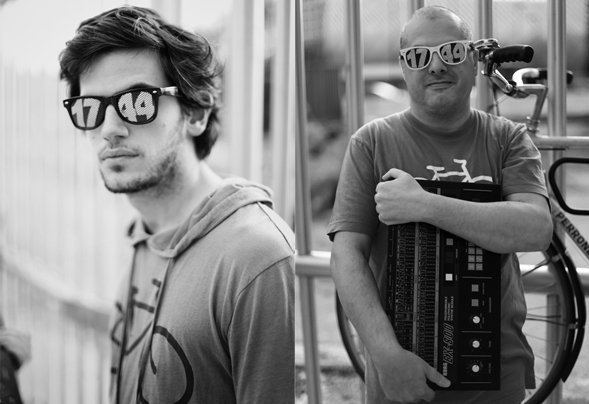 Bicycle Corporation are nothing but the world-famous DJ and Producer Marco MEI plus the brilliant Stefano Ugliano aka 6884 and their unique mixture of house grooves, prog buildups and techno funkadelism. They merged their different backgrounds (Marco has been Deejaying for the last two decades in clubs like Pacha, Amnesia, Cocoricò, while Stefano was mastering the art of synths, keyboards and effects) into a project that immediately proved to move outside of usual schemes and hypes.

Among Bicycle Corporation's trademarks one finds hypnotic grooves and smooth buildups combined with funky beats, minced vocals and edge-cutting synths, in tracks that span from French house to progressive trance to minimal techno but always tasting unique and characteristic, as freshly manufactured by nothing but the Bicycle Corporation.

With their singles charting big and receiving amazing support - scoring feedback from artists like Dubfire, Axwell, Roger Sanchez, Fedde Le Grand, Above & Beyond and many more - and their eclectic remixes (for names as prestigious as Mr. Mauro Picotto himself on his Alchemy Records , Eddie Amador and Chicago legend Rick Wasde ) bringing their name on countless compilations.

Bicycle Corporation are running fast in the panorama of both underground and Main-room dance music with their releases on label such as Piston Recordings, Natura Viva Music and Alchemy. The track list for their next show  is listed below and represents the roots of their sound and the types of music they have drawn influence from in their releases, enjoy the show!