Anonymous Z announces playlist for 'Not So Anonymous' 41. 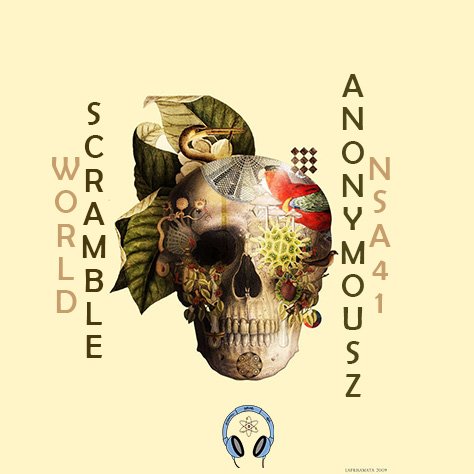 This week 'Not So Anonymous' pays tribute to world music keeping a constant electronic drive from deep to more groovy and even weird or dark sometimes. All flavours reflecting the scrambled world in a mix of Indian, Pakistani, Turkish, Israeli, Algerian, Moroccan, South American, Afro and even some Japanese Afro-beat. This was the perfect opportunity for Anonymous Z to squeeze a preview of unreleased track "Becky's Schawarma".

'Not So Anonymous' episode 41.

Alsarah & The Nubatones - Nuba Noutou (The Spy From Cairo Instrumental)

M.Rux - Someone Else (Original Mix)