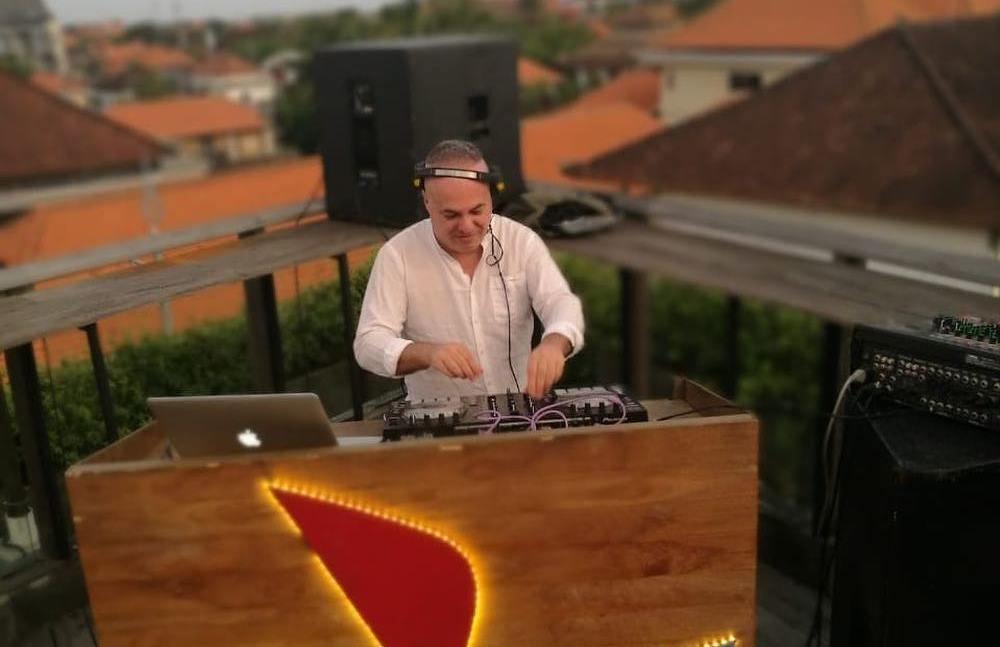 Marco Mei has released his track-list (see below) for his  radio broadcast this Saturday the 29th of June 2019 6 to 8 PM Indochina time (ICT) and repeating on Sunday 30th of June at 2 to 4 PM (ICT) on Scientific Sound Asia Radio, the penultimate underground Radio Station for  Taiwan, Thailand, Indonesia, Japan, Singapore and the rest of South East Asia. MARCO MEI is an Italian Disc Jockey with over two and a half decades of experience as both a producer and DJ.

Spending his founding years learning his trade with the birth of afrobeat and electronic music he began his life as a Disc Jockey back in the early nineties and has in the later years conducted his art at some of the most fantastic festivals and nightclubs  around world sharing the decks with Roger Sanchez, David Morales, Ralph Falcon and Sander Kleinenberg, to name a few.

As his popularity grew he gained a Disc Jockey residency at the marvelous Pacha Club in Sharm-El-Sheikh, and subsequently in the  years that passed  he began flying around the planet and played as a DJ at many Underground clubs including Arcan (Saigon), Fuse (Brussels), Room 18 (Taipei), Shore Club (Hoi An), Bangaluu (Berlin), G-Star (Pattaya), SOS Supper Club (Bali) and NLO (Minsk) together with artists such as Harry “Choo Choo” Romero, Justin Berkmann and Funk D’Void…

In 2009 Marco began a duo with Stefano Ugliano (aka 6884) and started the mutally consigned “Bicycle Corporation”. The combination of their skills as DJs' accelerated them right from the beginning. With past experiences in house and techno music their new tracks got noticed from the start. They were then signed as part of the 17:44 record label and their tracks were released on record labels such as Alchemy, Miniatures, WL77, GrooveTraxx, Suka, and Revox.

So far they have released more than fifty tracks and remixes, across many subgenres from Deep and Tech-House to French House and Techno. Their music has been rewarded with plays by a number of world renowned DJs like Sneak, Mauro Picotto, Dubfire, Axwell, Danny Tenaglia and Above & Beyond.

Marco currently resides in Taiwan where he demonstrates his love of his art with prowess, his initial sucess with “Ciao Taipei”, was the local revelation of 2013 and allowed him to become part of an ever growing network of viable artists on Scientific Sound Asia DJ Agency.