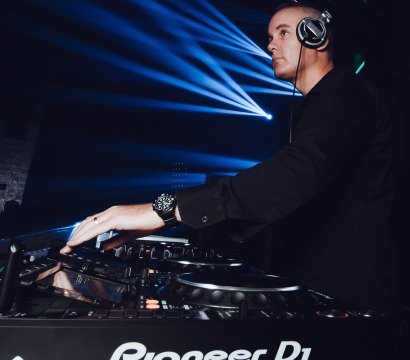 DJ Andrew M's first guest show was originally aired on Sunday the 29th of September 2019 8 to 10 PM Indochina Time (ICT) listen on the Mixcloud player below. Scientific Sound Asia is the Underground Radio station for expatriates and locals in Asia and internationally.

Andrew started out hosting pioneering Hip Hop radio shows in the 80s and 90s; has held several successful Australian club residencies, and in recent years has been playing private parties and events, and well-received sets at many excellent nightclubs and bars in Singapore.

He has just returned from a series of private events in the US, Canada & Europe. When He's not doing private events he likes to rummage through records and play the role of selector at vinyl gigs. He has diverse musical tastes stemming from deep roots in funk and hip-hop, he brings to the table a broad musical knowledge, a vast collection of music of many styles in both digital and physical (vinyl) formats, and DJing experience spanning several decades.

Having just finished a run of gigs and private events in Sydney, London, Amsterdam and earlier in 2019 at Mobile Mondays NYC and a string of private events in NY, LA, SF, Chicago, Houston, Toronto, and still banging out the tunes in Singapore whenever he gets a chance.

For the past decade he has performed at many Clubs and events in the region including Tanjong Beach Club, Kult, CAD, Artemis, Loof, Zouk, TIppling Club, Choice Cuts, Great Escape and some regional gigs in Indonesia & Thailand. In the Early 2000s and 1990s he was doing many Hip Hop Radio shows and R&B club nights in Australia, except for a stint in Seoul in the 1990s, in the 1980s he was mainly doing Hip Hop radio shows in Australia, during the birth of Hip Hop.

Locussolus - Next to you (Mercury Rising edit)

Idjut Boys - One for Kenny

Ross Fitz - Shadows in the Sun

Next - Too Close (Tomcio & CHIMP remix)

ATCQ - Can I Kick It (Featurecast remix)

Hot Chocolate - Heaven's in the Backseat of My Cadillac (Revenge Rework)

MJ - Rock With You (Reflex revison)

Wham! - Everything She Wants (Reflex Revision)

Man Friday - It's in the Rhythm (Paradise Garage unreleased mix)