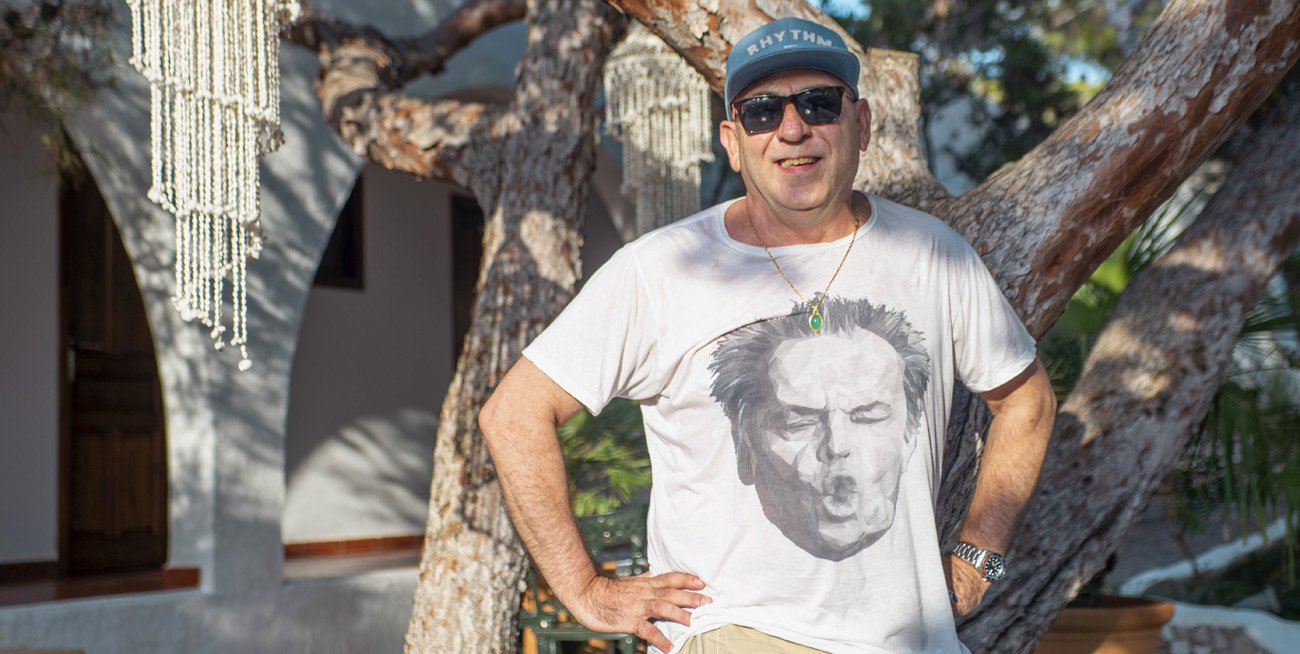 Graham Gold has made public the playlist for his  Show 'Esta La Musica' dedicated to late Ibiza legend Jose Padilla, the godfather of the Balearic sound, the show will be broadcast this Saturday the 24th of October 2020, 8 to 10 PM Indochina Time (ICT) and repeating Wednesday 8 to 10 AM (ICT).

Graham's show is named after his tattoo etched on his right arm in Los Angeles, in the United States in the late nineties. Initially, Grahams’ limelight in the electronic scene started with his weekly shows on London's Kiss 100 and his London club brand 'Peach', Esta La Musica started after he left Kiss 100 and re-located to South East Asia, using the name embellished on his arm as a tattoo 'Esta La Musica’ as a name for the new Techno show.

This week's show is dedicated to Jose Padilla and in asking Graham of his first encounter with Jose, Graham has this to say "I met him at Cafe del Mar,  I went about 6 times before I had the courage to say hello! But to be honest initially, they were brief encounters, it was just that someone introduced us".

Graham selflessly admits that in these days; referring to the early 90s; he was a bit of a coke head at the time, so often high he was scared he might inadvertently say something untoward and as a Disc Jockey himself felt that in his own words "Jose was so focused on his sets there was not much time for chit chat, and my memories are from his music and the atmosphere he created rather than him personally".

Jose was the epitome of Ambience and his sets delved into every genre, and that was his calling card, feeling that no genre escaped the Balearic sound rather is was just a feeling that emulated from the presence and crowd and the location. In the last months before his death Jose set up a crowdfunding campaign to fund his treatment for advanced colon cancer, sadly with the death of tourism surrounding the recent pandemic the tourism industry and his finances were under severe strain.

According to Graham his eulogy should be that "His legacy will be how he created what sunset and chill out sets should always sound like, lets hope his legacy lives on and we continue to party after all this is over"

Noel Sanger - Part Of You [Dissident]