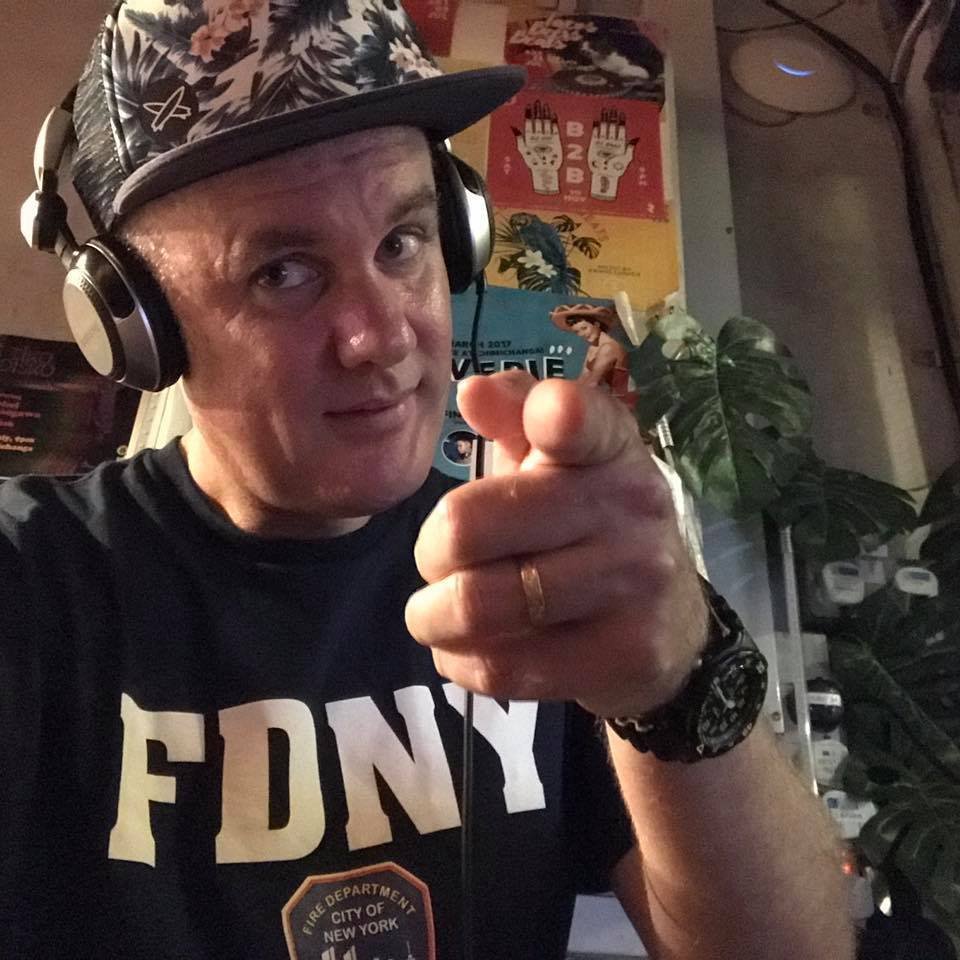 DJ Andrew M's all vinyl 'Disco' show episode 09 was originally aired on Sunday 12th of January 2020, listen on the Mixcloud player below. Scientific Sound Asia is the underground radio station for the Asian region with a global following.

Andrew M has recently arrived back in Singapore after a succession of private events which saw him spinning tracks at parties in the USA, Canada, The UK, The Netherlands, India, The UAE, Australia, and South Africa, with more global gigs lined up for 2020. When he's not doing private events he likes to dig through records and perform his art as a selector at vinyl gigs.

His musical diversity stems from his cavernous roots in funk and hip-hop; he represents and lays down a massive musical wealth, a extraordinary collection of music of many styles in both digital and physical (vinyl) formats, and disc jockey experience across the breadth of several decades.

For the past 10 or so years he has spun at a plethora notable clubs, bars and events including Singapore’s Tanjong Beach Club, Kult, CAD, Artemis, Kilo, Loof, Zouk, BluJaz, Tippling Club, Choice Cuts, and Great Escape to name a few, and some regional gigs in Indonesia & Thailand.

Andrew began his journey in Australia, hosting instigating Hip Hop radio shows in the 80s and 90s, and has held several successful Australian club residencies there. He likes to stay involved in several different aspects of the DJing biz; the “mobile DJ” gigs which keep his crowd sense keen and party rocking skills sharp, the bar & club scene which keeps him out there, the “vinyl gigs” scene which is honestly the most fun, and his first love, radio.

This show will mostly be about Disco; both the random and the classic kind, and occasionally stretching the definition a bit.  For a change of pace, show number 9 starts with an hour of 7-inch radio versions, enjoy! The first hour of Andrews Show is in the track list below the second hour is last weeks first hour.

Coke - I Wouldn’t Change a Thing

Le Pamplemousse - Get Your Boom Boom (Around the Room Room)

Eddie Kendricks - Girl You Need a Change of Mind

Empress - Dyin’ to be Dancin

Raw Silk - Do it to The Music

Vicky D - This Beat Is Mine

Unlimited Touch - Searching to Find The One