Coh-hul has published his playlist for his new show 'Play it Loud' 01. 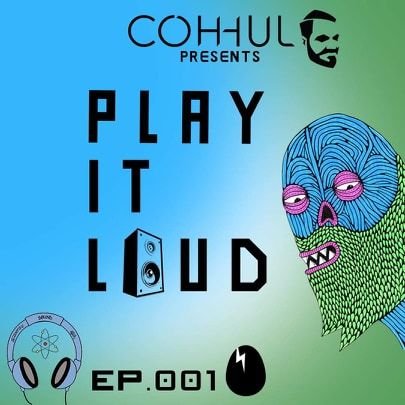 Coh-hul has announced his track-list for his new show 'Play it Load' this Saturday the 21st of March 2020 10 PM to 12 AM Indochina Time (ICT) and re-airing Wednesday 10 AM to 12 PM (ICT) live on Scientific Sound Asia Radio , the premier Asian Underground Radio Station for China, Vietnam, Thailand, India, Sri Lanka, Indonesia and the rest of Asia. Coh-hul is a well known DJ and Producer who is based in Ho Chi Minh City and is an artist on our DJ Agency.

In the summer of 2018 he had a huge show in Marseille at Le Chapiteau to a sold out venue laying down the best set of his career. Over the last year Coh-hul has invested in a studio and has a new musical mission. His goal is to focus on production and put out releases on some established labels to build on his growing reputation as a talented up and coming Producer/DJ. and we welcome him on-board with this new show. His first 'Play it Loud' show is a showcase of dirtybitrd records and Coh-huls' favorite tracks of this label, enjoy the show!

Escapade - Turn It Around

Claude VonStroke - All My People In The House

Sven Lochender - Get Down To This

Walker and Royce feat. Mr Jpatt - Can You Pass That?

Steve Darko - Switch It Up