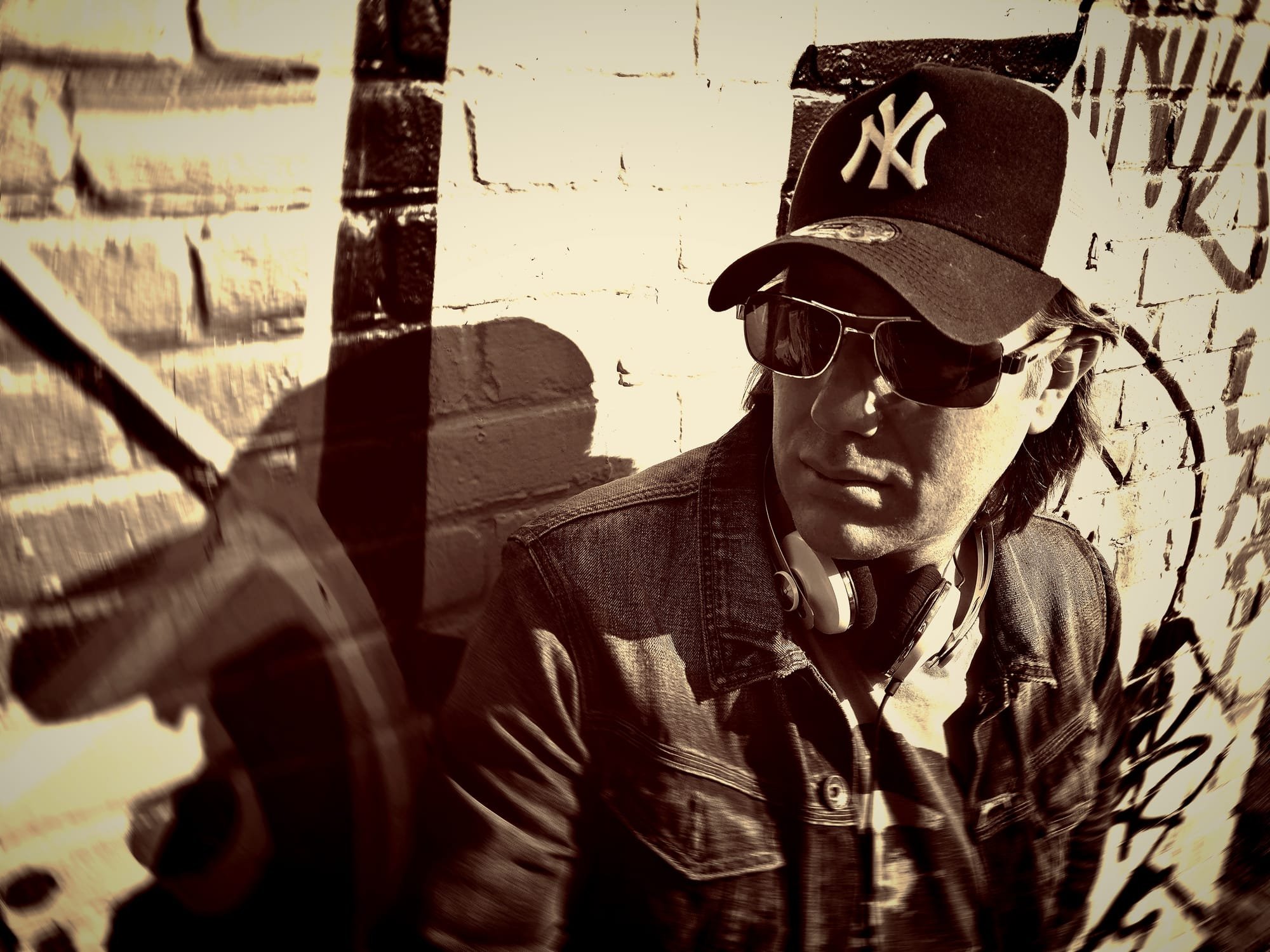 Using his skills he has adapted into all areas of the industry ever since, be it making music, playing gigs, designing sound systems, procuring DJ equipment for re-sale, teaching DJ skills and designing clothing. His background and connections within the underground music scene in London over the last 30 years have gained him notoriety and recognition as a straight talker and doer.

In his formative years, he spent time in Rhodes, Greece, gracing the decks at events across the island and further cementing his name in the DJ world. On his return to London, he was heavily involved in setting up the Soundsystem for the United Kingdom (UK) and World Disco Mixing Championships (DMC) and the advancement of pioneering software and DJ equipment which started the digital age in music.

Further on into his career he was a key player in setting up the first DJ equipment store inside a department store (Selfridges) in London. The store was frequented by many international and UK based DJs and celebrity DJs, many of whom are household names.

Following the birth of his children, he took a break from the DJ world to enjoy fatherhood and has recently returned to the scene after a furlough to embark on a new project. This current project is Red Star DJ which will be the basis of his new record label, and we look forward to its fruition.

This show originally aired on Friday 30th April 2021, listen on the Mixcloud player below.

Deibeat - You Make Me Feel (Under This Remix) [Toast & Jam Recordings]

Blaze DJ - The Get Down [Red Star DJ]

Brothers Of Funk - Tear It Up (Original Mix) [Ravesta Records]