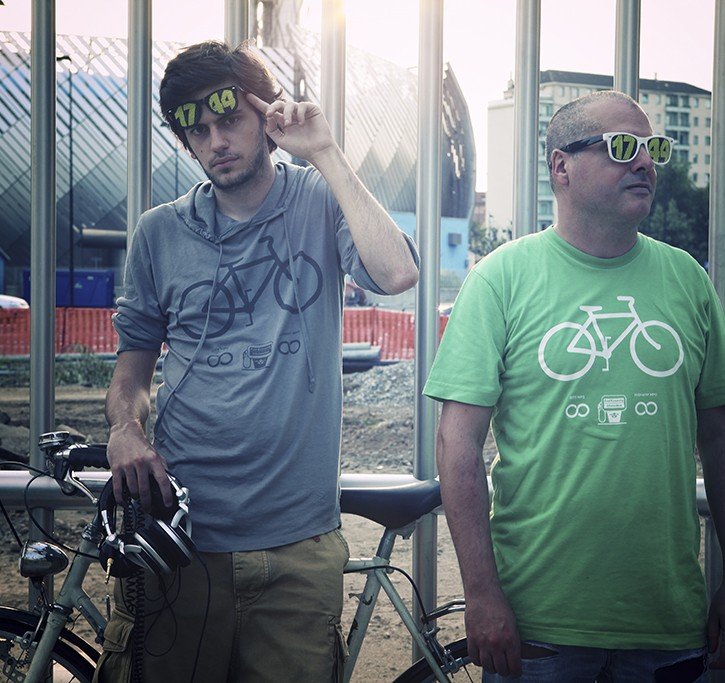 Bicycle Corporation have released their play-list for their next 'Roots ' show on Scientific Sound Asia Radio, the underground radio station for Malaysia, China, Singapore, Thailand, Indonesia, South Korea and the rest of South East Asia,  this Sunday 6th October 2019 6 to 8 PM Indochina Time (ICT) and repeating on Tuesday at the same time. Bicycle Corporation are a electronic duo of the Italian DJ and Producer Marco MEI plus the skilled Stefano Ugliano aka 6884 .

Going back to 1991 Marco was just starting his musical journey as a DJ and was soon doing his own nights as a collective known as 'Urban People' along the length of Italy. This got him recognised and  he gained a resident slot at Pacha, which earned him worldwide recognition and DJ bookings, and led him on a journey around the globe.

Raised in Torino, Italy, Stefano beginning in his early years displayed incredible ability with music (and mathematics, but that’s a different story) . He studied with a hunger classical piano, percussion, and drums, loved his Chopins and West African Djembes, but that figure of 'the Disc Jockey' proved more and more intriguing for the teenage Stefano. He never knew that those very electronic beats, so hard to get on ‘90s Italian radio stations, were going to start a very new chapter in his life.