Anonymous Z announces playlist for 'Not So Anonymous' 40. 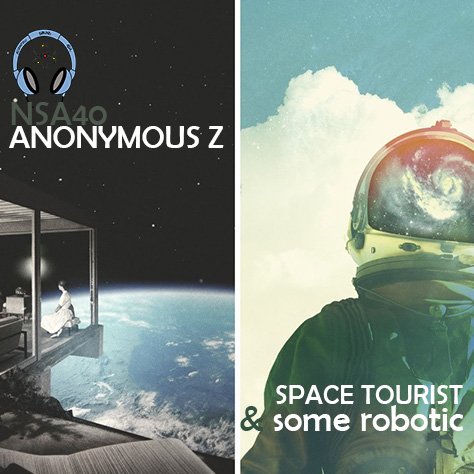 Defining himself over time, he has explored world music and the oldest age of electro. You occasionally end up with some trippy and dark downtempo sets with a strong tribal and south American influence or more groovy but dark sets of Leftfield Electro infused with Nu Disco, Electroclash, Wave, New Beat or Dark Disco.

This week 'Not So Anonymous'  takes you on space odyssey through cybernetic and space shuttle sounds across the mysterious beauty of the galaxy from planet to planet. Anonymous Z decided to showcase this week 2 very fun and robotic tracks of his Bahraini buddy Anwar K (a.k.a Cyber Loom) from Discal. This opened the path for the rest of the show in a succession of Electro, Space Disco, Techno, Nu Disco and some Cyber & robotic stuff too.

'Not So Anonymous' episode 40.

Tulioxi - The Outside (Original Mix)

Skelesys - Do You Know (Curses Remix)

Andrew Claristidge - And Now You Dance (Relecture By Cosmo Vitelli)