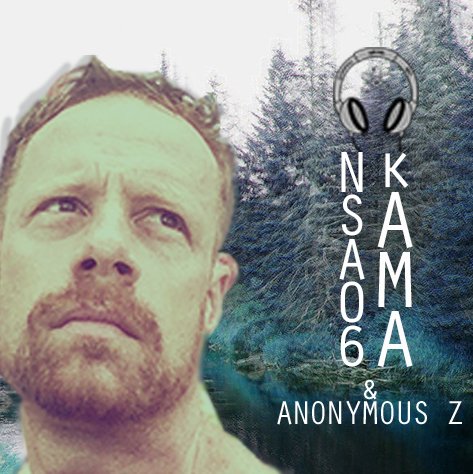 Anonymous Z has announced the playlist for his show this Sunday the 31st of May 4 to 6 PM Indochina Time (ICT) and repeating Thursday 4 to 6 AM (ICT). Scientific Sound Asia Radio is the local and expatriate online radio station for the Asian region.

Rather than the Bio of the UFO who is Kama (first hour), here is his story: March 2020. Switzerland closes its schools and prohibits gatherings of more than five people. The population is urged to stay at home, but without actually being forced into confinement. Fear. Nerves on edge. Life, death, a return to basics.

Time to go into the forest; to contemplate nature as it benefits from the human slowdown; to take the opportunity to find a more natural rhythm; to reconnect both with oneself and one’s surroundings. This set was recorded a month ago in this state of awareness and attention to nature, trees and birds.

It opens in the forest itself, which helps mould the musical selection, somewhere between tribal rhythms and Ayahuasca ceremonies. To bring out emotions, like a welcome purge inviting one to cry, to invoke and to celebrate the spirits of nature, the trees that protect us, the blue sky, the insects, the roots, the earth and its inhabitants.

Inspired by this pretty natural vibe infused with recordings and noise samples,, Anonymous Z follow by a punchy wake up to mother nature.

Anonymous Z delivers a set which he will categorise as "Techno for the Bath".  With a tempo mostly below 120BPM, it is a set flirting with deep and minimal sounds while keeping most certain techno basslines and acid sounds as the main groove.

Not So Anonymous episode 06.