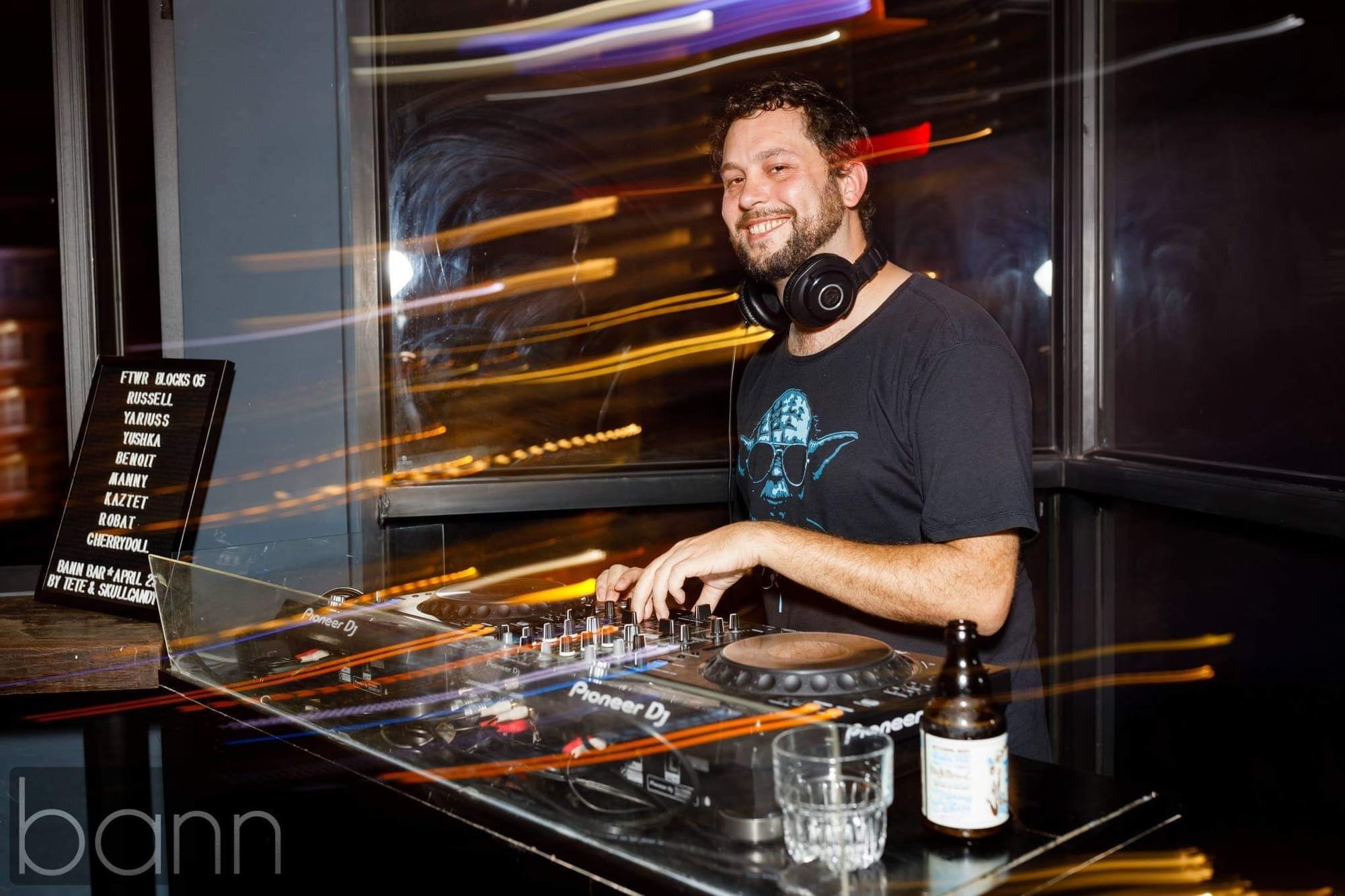 Yushka's Funk show episode 3 was originally aired on Friday the 24th of May 2019, 4 to 6 PM Indochina time (ICT), listen on the Mixcloud player below. Scientific Sound Asia Radio is the premier underground radio station for Vietnam, Japan, China, Thailand and internationally.

Originating from Nottingham in the UK, Yushka has been spinning at free parties, raves, festivals and club nights, around the UK, Ireland and more recently Vietnam since the mid 2000s. A late member of Nottingham's What The Funk? DJ collective and the main instigator behind Nottingham's Shits and Giggles and Hot-Point Sound Systems.

As a teenager he always had a vested interest in how music was produced and performing mixes, in the beginning he had no way of buying decks, but with access to very basic software and a CDR he started recording mixes to distribute around at school, which gained him popularity with his schoolmates..

Accelarate to 2004 and at the break of his 20s' at the age of 22 he finally got to learn on  some real Decks. By 2006 he was doing weekly Sh!ts and GIggles Nottingham events in cool bars and clubs around the city, with co-host and founder Animinimal (Deck-starter/Catalyst). As the events continued it became apparent that they had to boost the hosting venues fledgling sound systems with their own and so Sh!ts and G!ggles sound system started.

This rapidly evolved; and after a long night listening to some tunes with the now legendary Matty C (Hanoi Hi-Fi), Hotpoint Sound System of Nottingham was founded. This led to all sorts of underground free parties and the associated shannanigans attached. Collaborations with Promoters across the East Midlands, Such as Substance D&B, Pure Filth, TSA303, Monkey Nuts and Psycle followed, bringing the classic multi genre nights and parties that Hotpoint and S&G became known for.

He has been a supporting act for Drum and Bass legends EZ Rollers and Kenny Ken and played in venues in Vietnam such as, Sidewalk Hanoi - Bar / Kitchen / Events (Hanoi) and Broma: Not a Bar, Arcan, Bann Bar, (HCMC). Anticipate anything, Chilled Laid Back Beats, Breaks, Hip Hop, Electro, Tech, D&B, all with a hint of Funk and Soul. Now a resident at Sunday Funk Sessions at Arcan, expect to see a lot more of him in and around Asia in 2019, for bookings please visit our DJ Agency.

3balitz - I Got The Swing [CME Records]

Funk Ferret - Get Back To Funk [Boogie Boutique]