Arcan to perform pop up 2 year anniversary show this Saturday. 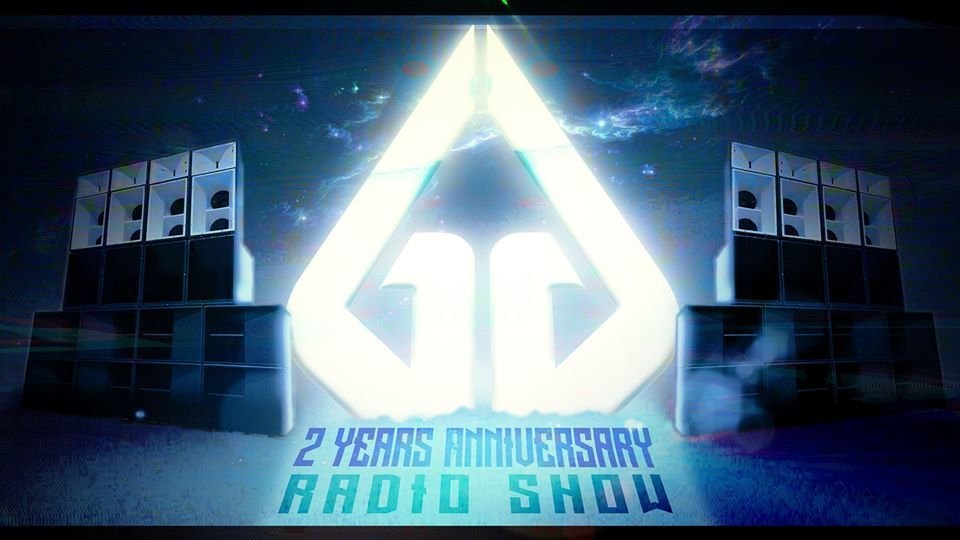 Scientific Sound Asia Radio is proud to announce that Arcan, the underground music venue for Ho Chi Minh City, Vietnam will as a result of the LOCKDOWN will be performing a 2 year anniversary show on our English language radio station this Saturday 12 PM to 6 PM Indochina Time (ICT) and repeating Wednesday 12 AM to 6 AM.

This show features the DJs whom Arcan were going to feature today at their venue in Saigon, Vietnam, whom as a result of the COVID-19 pandemic are closed as part of the government response. However, in order to maintain their presence in the Underground, Arcan have decided to present themselves on our Radio Station for their 2 year anniversary.

Arcans first DJ is JOKE, JOKE was Born and raised in the outer skirts and trousers of London, England.  As a teenager he was nourished by noise, industrial, electro, techno-punk and fuelled by the glittery future of hyper-pop & hardstyle. He has been growing new roots in the woods of Vietnam and shooting sounds into Saigon since last year.

Second up is DEMA, Dang Vo under the moniker, Dema, is a Ho Chi Minh City born underground wonder story. In an industry laced with EDM and top hits, Dema started working at Arcan, a club in Binh Thanh District. The club's aim is to push underground across the board. From Vietnamese death metal to minimal and everything in between. This is where his love for the stripped down sound of minimal and microhouse developed. Thanks to his passion for the left field and hard work Dema is one to listen out for if you aren't already listening.

The third DJ in the show is Yariuss, Yaroslav Kuchin (DJ Yariuss) after a 12 year break returned to club life to share his mood and the sound of house and techno music with everyone. Now a resident of the famous underground club in Saigon Arcan and co-organizer and resident DJ of the music festival Mad Circus.

Next up the fourth DJ on the show is MTXIII (Electronic Imports). Hailing from San Francisco & based out of Saigon, MTXIII has always embraced the weirder side of life. With diverse sets spanning a range of styles, atmospheric energies can be found alongside vicious rhythms then driven into cosmic melodies & hypnotic sequences. Regularly found at ZigZagger, Arcan, Lighthouse, Vitamin D & The Observatory, regional appearances with Savage (Hanoi), Opio (Hoi An), Resonant (Taipei), Safe Room (Bangkok) and XX XX (Manila), and Co-founder & Conductor of Electronic Imports [Ei]; he and Jonathan BE host multifaceted events, incorporating multiple sectors of art while showcasing the energy & sonic perception from various parts of the world.

Straight after the fifth DJ on the show is WYAD, WYAD is a " Berlin Original" born and raised. Starting out producing music in the early 2000's, his journey took him from from Hip Hop to Techno. He combines art in the pure forms he loves, in photography and music, in all it's light and all it's darkness. His latest work the double sided "Dark Stars Rising" EP, is a collaboration with his friend, Studio, Sharer and Code Is Law the label boss being MØRBECK. Under his wings he produces and releases all of his music. MØRBECK himself played venues and clubs all over the world, from Moscow to Japan. WYAD's sound is spherical, uplifting and down stroking, deep and sublime. Everything you would expect to hear when you are dead.

Coming on as the sixth DJ on the show is Bardawheel, Bardawheel hails from Beirut, Lebanon. Bardawheel Started DJing in 2017 in various clubs like Yukunkun , B018, Projekt to name a few. Bardawheel mainly focused on providing storytelling sets to the user through harmonic mixing processes. A blend of minimal with a dash of psychedelics, lurking atmospheres through a deep immersive experience. Bardawheel Moved to Saigon in 2018 to pursue his production courses with Point Blank & Dirty Hippy (Zenon records) and claimed residency at the infamous Arcan.

Seventh up is Wasabae, born in Russia, raised in Japan, Vietnam based Korean DJ Wasabae was introduced to the underground scene first when she attended the infamous dress up party Mad Circus in 2018 in Ho Chi Minh City. Quickly she found herself being drawn into this community, like a moth to the flames, and soon enough became a promoter co-organizing Mad Circus, as well as managing other various themed events at an underground nightclub Arcan in Ho Chi Minh City. Surrounded by many DJs, Wasabae was inspired to see what other dynamics she could offer to this exotic scene. Mesmerized by the sounds of TB-303, instead of being burnt by this unknown world, she is taking over and bringing a dark and seductive atmosphere to the dance floor.  Wasabae is ready to draw others amongst the flames that changed her and make them burn with her Acid-induced sets.

Lastly, the eighth DJ on the show is Arcans' very own Goss. Goss a.k.a M.I.T. (Made in Tekos) is a French citizen residing in Saigon, MIT needs no introduction in the city’s underground scene. Arcan’s founder and director, he plays a not so subtle mix of Techno, Tribe and Hardtek. The Techno influences he got from his DJ pals in Saigon, the Tribe and hardtek influence coming from his youth in free parties in the French countryside. MIT started DJing in France in the Capital Paris. The Free TeKno community is strong there and he decided to go and ask if he could get behind the decks of a Multi-sons organized by SA Free Systems. This happened in 2016 and MIT was in the beginnings of being a DJ.

In 2017 after arriving in Vietnam, MIT published his first Raggatek Minimix called "Babylone Boys" which featured artists such as Guigoo (Narkotek), Raggatek Live Band, Pitch Mad Attack or Vandal. The Vietnamese crowd loved it. MIT chains up massive Reggae remixes and get everyone dancing on the Hardcore basslines, harder than they ever had, for some of them. After this Inception started which was the first collaboration between ARCAN and Hard Dance Vietnam. It was a big risk and was the first time the Vietnamese audience heard sounds from Ziqoo, SpeedFreaks and Radium. With a crazy peak of 210 BPM, MIT buzzed the dance-floor that night and got everyone jumping up and down to the music until the end of the night.

Zebra Katz - IN IN IN [ZFK Records]

The Mole - I Twist You Turn

The Mole - The Mushroom People Dance

The Mole - More Of Those Moments

Cojoc - On The Run (Original Mix)

Sharam Jey, illusionize - I Want You Back (Alexey Romeo Remix)

Dani Sbert - Not my way