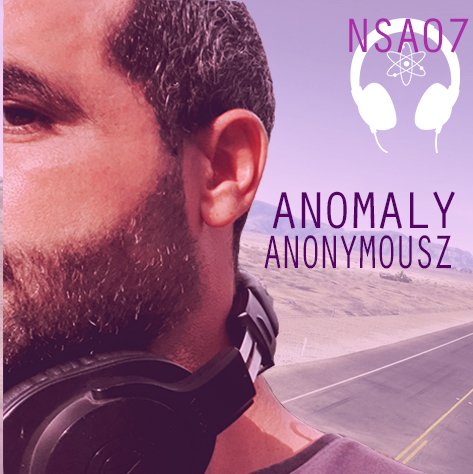 Anonymous Z has announced the playlist for his show this Sunday the 7th of June 4 to 6 PM Indochina Time (ICT) and repeating Thursday 4 to 6 AM (ICT). Scientific Sound Asia Radio is the local and expatriate online radio station for India, Vietnam, The Philippines, South Korea and the rest of the Asian region.

An edition of NOT SO ANONYMOUS dedicated to middle eastern sounds as Anonymous Z welcome ANOMALY (first hour). What started as passion for music at a very early age took Anomaly on a diverse musical Journey across genres and scenes.

Back in his school and university days in his home country Lebanon, Roger – the man behind Anomaly was a band drummer playing various genres from Rock to 90’s Alternative to Jazz.  His discovery of Electronic music however took him in a new direction where he started DJing in various venues and clubs in Bahrain, Dubai & Lebanon.

His love for organic sounds, instrumental music & vocals acquired from his days in bands has touched his DJing sound which blends these elements with electronic genres such as Deep House, House & Tech House.  As part of his musical Journey in electronica, Anomaly previously started Jazz HouZe, a DJ/Live act that features other artists on instruments like Saxophone, South Indian Tabla & Piano.

Anomaly likes to describe his sets as journeys and soundscapes that trespass genres and cross boundaries, ones that he hopes touches people’s lives and emotions beyond just dancing.

Not So Anonymous episode 07.

El Mundo & Zazou - Can You See What I See  (Elfenberg Remix)

Zombies In Miami - The Legends Of The Hidden Temple (Original Mix)