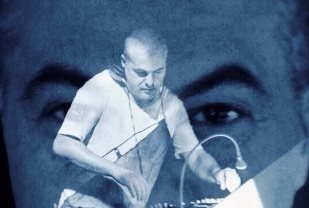 Marco Mei has today announced the playlist for '25 years In Da House'  part 3, the show started as a retrospective of his 25 year career as a DJ and Producer. Therefore,  all of the tracks have been selected as the ones that have had most influence on him as a Producer and DJ. The show will be broadcast  on Saturday 6-8 PM Vietnamese time (ICT) on Scientific Sound Radio.

This weeks selection is a retrospective of the Trance and Techno tracks that he has played in his 25 year career as a DJ. Marco Mei started as a DJ in the Italian House music scene in 1991 and was part of an Italian house music collective known as 'Urban People' which promoted the night 'Kiss the Future' for six years in events across the country.

In 2004 Marco was selected as a resident DJ for Pacha and this is where his Journey as an International DJ went into fruition landing him regular sets around the globe and ultimately resulting in his re-location to SE Asia, where he is now resident in Taipei, Taiwan, check the playlist below!