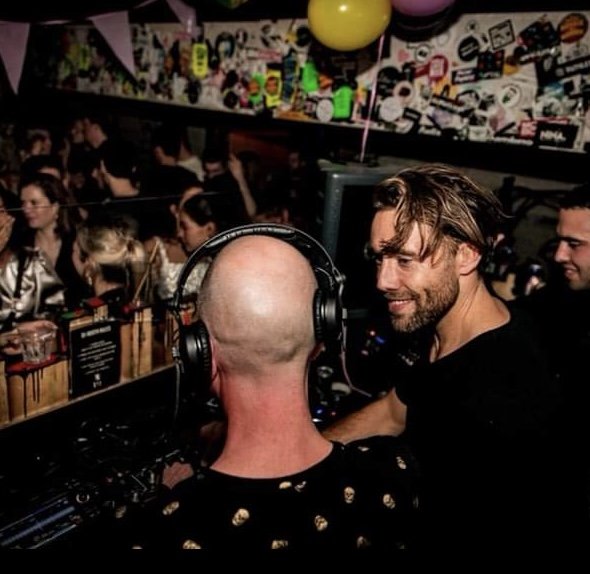 Reinoud van Toledo and Jack Delhi will be performing their 9th  show on our radio station. Scientific Sound Asia is the Expatriate and local underground radio station for India, China, Sri Lanka,  and the rest of Asia.

Reinoud van Toledo is a DJ and Producer from The Netherlands who started as a disc jockey in the clubs and producing in the early 1990's. He had his first releases in 1995 on the legendary labels ID&T records and Outland records. In 2014 he did a collaboration with Amsterdam's finest Techno DJ Dimitri and had a big release on Carl Craig's Planet E Communications.

After some years of making Techno he returned to his old love House music and has countless releases on labels like Stiletto Records, Kolour Recordings, Silhouette Records, Jambalay Records, Frame Workxx Records and recently he released his new album  Boogie Bar on Italy's Kattivo Records.

Jack Delhi, is affectionately known as the man with the golden smile, and  hails from Amsterdam in the Netherlands. He has been in love with music since he was a little kid. When in diapers he was already wearing his dad's headphones and has not lived without music since.

Passion for the turntables however came a bit later in 2005 when he met Manual/point perspective (often seen in the lineup with Benny Rodriguez). He taught him all the Skills and attributes and soon after he became resident at popular events such as Vriendjespolitiek and House Your Day. Then in 2015 he started to become a well known DJ throughout the Netherlands playing at some large festivals like We are Electric, Paaspop, Lake Dance and rocking the decks of all major clubs in the Dutch capital.

As a consequence of his popularity he started to make tracks with old friend Reinoud van Toledo creating some bangers like New Berlin. Jack Delhi is a DJ full of energy, enthusiasm and power. He is a born entertainer who will let the crowd go wild with his Tech House sound which he mixes up with cool vocals and house classics.