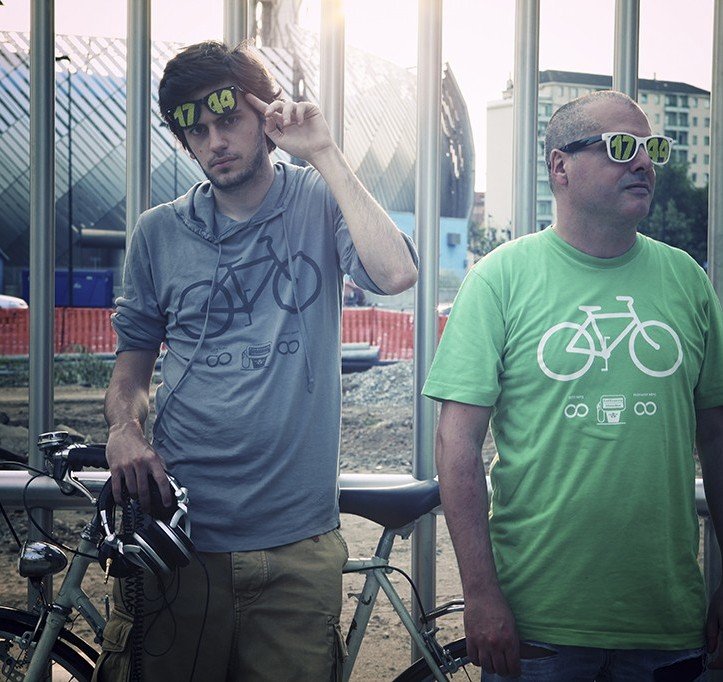 Bicycle Corporation are comprised of the  world-famous DJ and Producer Marco MEI plus the exceptional Stefano Ugliano aka 6884 and their unique blend of house grooves, prog build ups and techno funkadelism. Marco has been touring the world as a DJ for the last 20 odd years playing at some of the greatest venues and nights internationally alongside Roger Sanchez, David Morales, Ralph Falcon, Sander Kleinenberg and others.

In 2009 Marco teamed up with Stefano Ugliano (aka 6884) and started a duo project which they named “Bicycle Corporation”. The merger of their combined skills as established DJs took off right from the start. With a background in house and techno music their unique productions didn’t go unnoticed. They immediately got signed as part of the 17:44 records group and their music was published on labels such as Alchemy, Miniatures, WL77, GrooveTraxx, Suka, and Revox.

To date so far the duo have released just over 50 tracks and remixes ranging from Techno, Deep House, French House and Tech House, their combined skills have resulted in a sound which has been revered by a wide selection of globally acclaimed DJs such as Mauro Picotto, Danny Tenaglia, Dubfire, Sneak, Axwell and Above & Beyond, thus pushing their music to a global audience.

The Tracklist for their next show  is listed below and represents the roots of their sound and the types of music they have drawn influence from in their releases.

Bill Withers - You Got The Stuff

Will Powers - Adventures In Success