Spikey Tee is one of London city's original 'rude boys'. 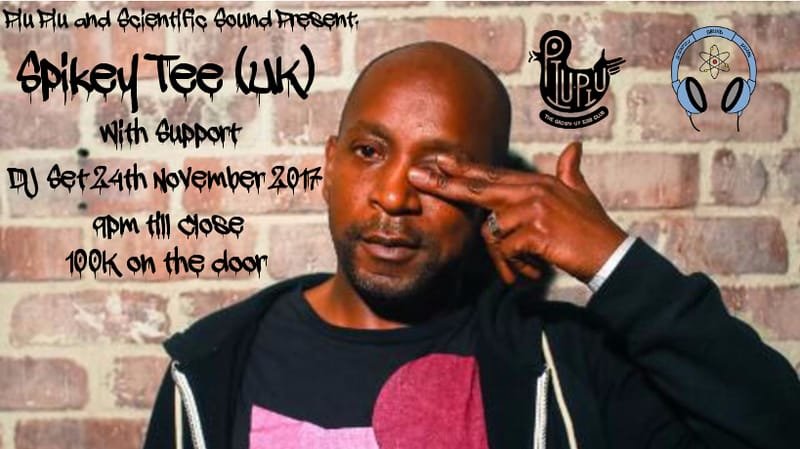 Spikey Tee is one of London city's original 'rude boys'. He has been recording and spinning tunes for over 20 years. Having been a pioneer of the UK Hip Hop scene as one of the founding members of The Sindecut.

He has watched Drum and Bass grow from its humble beginnings on London pirate radio, to the world wide phenomenon that it is today. His appearance on DJ Hype's Ganja label on a track "Hands Up" marked his first vocal drum 'n' bass outing.

This lead to Spikey being introduced to Potential Bad Boy by DJ Hype, they immediately clicked and recorded Submission which was released as an AA sided single including another collaborative effort entitled "Show Me". You can also hear Spikeys inimitable vocal on True Playaz artist Crystal Clears "Blaze".

Other releases include On The Rise and Rubadouble co-produced with New Zealands Agent Alvin, his latest release with JSTAR was a collaboration for the victims of the Grenfell Tower Fire in West London, Spikey has been working on an Album the last few months and has various tracks he is working on which will be released in the New Year. Spikey Tee is now resident in Prague, but tours the world DJing and MCing.