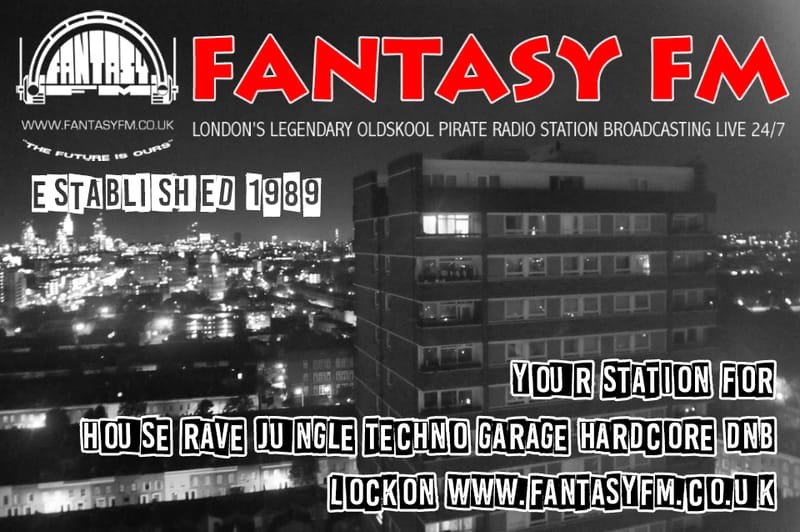 DJ Psycho-UK will be spinning Live on the Radio at the Emergency Room. Come down and enjoy some of the finest sounds from this London Born DJ.

Fantasy FM started broadcasting from North London in August 1989 on 98.6 FM. They played Acid, Rave & Hardcore music, all of which were massive at the time, and was also dominating the mainstream music charts too, during the time they were on air.

Fantasy had many DJ’s such as DJ Hype, DJ Krome, DJ Rap, Spice, Tek and The Mystery Man. All the presenters had their own styles, some preferred to mix live on air with very little speech, others were you’re more standard type of presenter, reading out requests/shout-outs etc, most of which came in via pager at the time.

They also used to hold rave nights at the Astoria nightclub in Charing Cross, London WC2. Some of the DJ’s who played at these events were Fabio & Grooverider, Colin Favor & Randall, as well as Our DJ’s, and from 10PM till 12AM Vietnam time he will be transmitting live to the station back in the UK.

The evening will be a bit of a mash up set from Trap/Hip Hop/Breaks/Funk/Jungle/DnB and other flavours, come down and enjoy the Vibe, or if outside Vietnam Turn on, Tune in and Drop out!

After the show DJ Tristyan Lebrun will be continuing with the Mash up, in his own Aussie style!